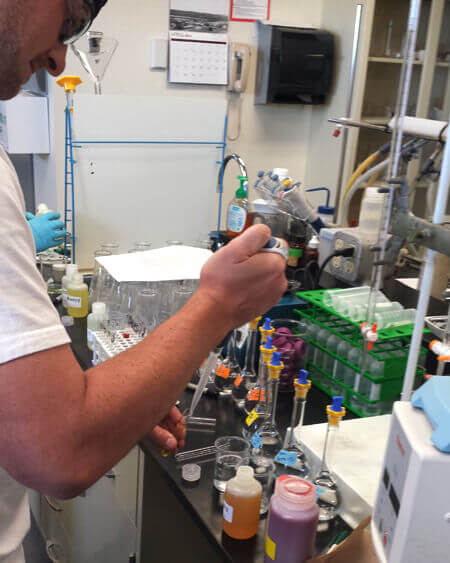 Contacting technical support service as a habit early in a problem’s lifespan can save money, decrease downtime and increase productivity. This practice also frees up the operator to focus on other things when the instrument is running predictably and more often with less effort. Effective technical support service can diagnose problems immediately through a series of targeted question-and-answer sessions with the operator via phone, email, text, Skype or web based troubleshooting videos, therefore alleviating the need and expense of a service visit.

Utilizing technical support right away to determine the source of a problem before simply replacing the costly components will most likely resolve the issue for less cost. In the case of incorrectly blaming the wrong part as the cause of the problem, we see the value and benefits of utilizing technical support right away to identify the underlying issue before simply replacing a misdiagnosed component. Checking in with a service technician over the phone, via email, text or Skype will save time and money, solve your problem faster and get directly to the root of the issue without replacing costly consumables and adding extra hours or days of downtime. We deal with labs all over the world, have diverse experience in flow analysis and are stubbornly persistent until the problem is solved. Contact us – you just may be pleasantly surprised.

At the outset of a problem, often the first thing an operator may do is assume a major (expensive) component is the source of the issue, such as a main control circuit board. After a new board is ordered, shipped and installed, it is very possible that over a week can go by with no results being produced. If it turns out that the new component doesn’t solve the initial issue then the operator may then began to dig into the instrument and after a few more days, the unit may still not be running. If the operator had called the service tech before the main board was ordered and a week and a half of down time had elapsed, the issue could have been resolved readily by implementing a highly effective, solution-oriented troubleshooting process that generally pinpoints the problem immediately and gets the lab up and running that first day instead of days or weeks of downtime.

Many, if not most Alpkem and OI Analytical autoanalyzers and many other flow based instrument issues can be averted by operators utilizing a technical support contact at the very first sign of trouble. The faster the operator gets to the solution of a problem the faster the instrument is analyzing samples and producing results. When an instrument is running automatically, the operator is freed up to turn their attention to other aspects of laboratory operation and not wasting time and energy trying to solve problems with their segmented or flow injection analyzer. This means more daily tasks being completed resulting in increased profitability and decreased overhead expenses.

WHAT OUR CLIENTS HAVE TO SAY

Dear Ken, This is a note to say thank you! You have always been most helpful, clear and informative. With your help I was able to get the FIA to give me defensible data, I hope that it will continue to do so, but that all depends on care taken and remembering what you taught me. Wishing you all the best, Teresa Wenda Kuo Testing Labs, Inc.

Ken, Thanks again for your help with the Newmont install and training, I couldn’t have done it without you. Hope everything else went OK. Matt Sorensen Full Spectrum Analytics, Inc.

Hi Ken, I want to thank you for your assistance in protecting our interests and helping us get our system up and running perfectly. I appreciate your integrity in your method of doing business. Have a good weekend! Pat Renouf Analytical Laboratory Manager Wah Chang